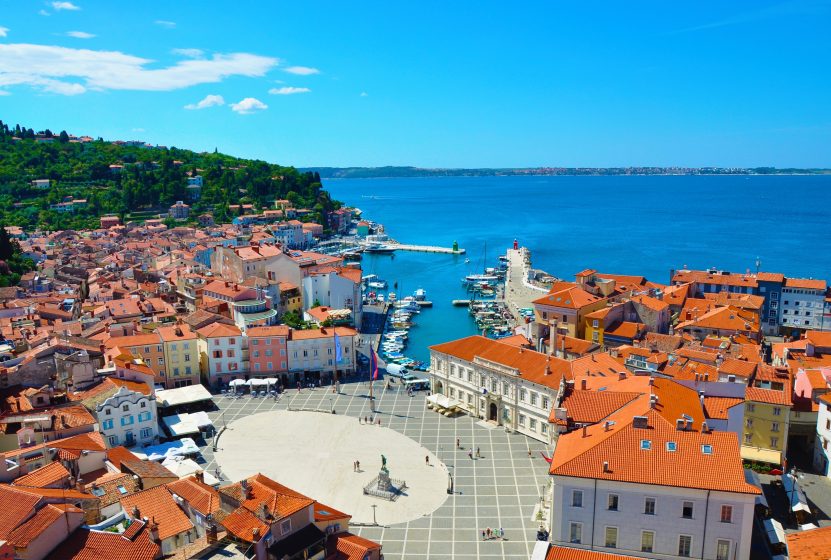 You may have heard stories of the mesmerizing waters of the Mediterranean, the pastel villages built above the sea’s cliffs, the fiery sunsets or the flavorful cuisine that have defined this region for centuries… But you’ve never seen it like this.

Discover 5 of the Mediterranean’s best kept secrets – seaside escapes you simply won’t see on another tour or cruise.

Famous for its thermal spas, Portoroz is the place to immerse yourself in the healing waters, cover yourself in curative mud, or indulge in treatments utilizing ingredients from the nearby salt pan. Not the spa type? Trade your towel for a coastal tour of Istria, the largest peninsula in the Adriatic.

While most of Slovenia is landlocked, there is a small stretch of land that runs along the sea called Slovenian Istria. The region is comprised of three towns – Koper, Izola and Piran. Often referred to as Venice without the canals, Piran is a picturesque fishing village that serves up the best scenery, seafood, and an enchanting medieval square lined with cafes.

Dodge the sun seekers that flock to Croatia’s Dalmatian Coast and head north to Zadar. You can still get lost in marble-clad streets and enjoy the azure waters, just with fewer crowds and lower price tags. Don’t miss the Sea Organ or the Sun Salutation – two architectural masterpieces that use the energy of the waves and power of the sun to create indescribable living art.

Originally settled by Venetians, this architectural and atmospheric port sets the stage for lavish leisure. Enjoy an evening on your own, whether you choose to sip the region’s beloved honey brandy or indulge in the catch of the day, it won’t take long to be captivated by this seaside citadel.

Though proudly French, Collioure sits just 15 miles from Spain and is a city where two cultures collide. Beyond the pastel-hued homes that hug the coastline, you’ll uncover well-respected wines and flavorful Catalan cuisine from family-owned restaurants. Get lost in the maze of sun-soaked alleyways.