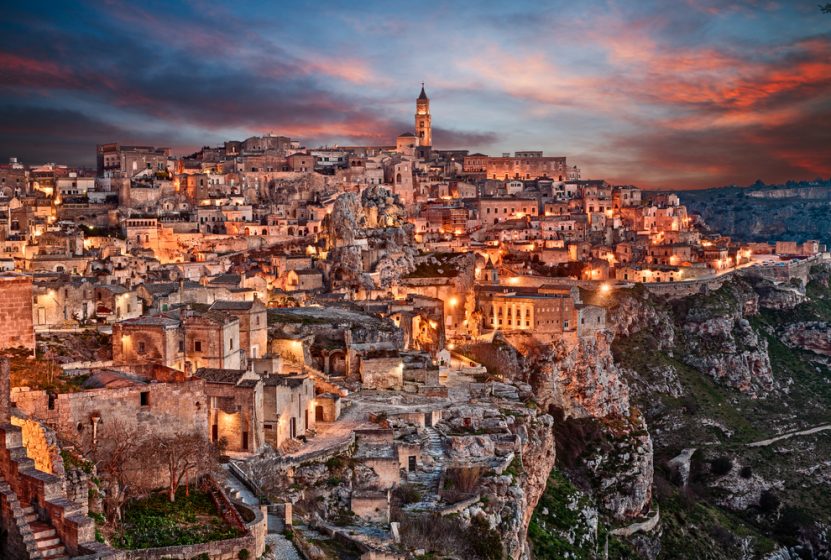 LITTLETON, Colorado – October 1, 2019 – In 2020, as part of its NEW “Undiscovered Mediterranean” series of tours, the Globus family of brands will invite travelers down sun-soaked streets to discover the places where cities, seas and cultures connect: Destinations along the Mediterranean Sea that travelers won’t find on other tours or cruises.

Here are 9 “Undiscovered” places throughout Italy, Greece, Croatia, Spain, Slovenia, Albania, Turkey and France to discover on tour with Globus, Cosmos and Cosmos Lite. The holiday spots the locals go to relax and unwind:

MATERA, Italy (NEW! 14-Day Southern Italy & Greece): Matera delivers an enthralling day with its neighborhoods of prehistoric cave dwellings stacked atop one another – many now converted into museums, shops and hotels.

PAROS, Greece (NEW! 8-Day Greek Island Adventure): This slower-paced island of whitewashed villages – often referred to as a “mini Mykonos” – is also famous for the white marble once mined here as well as the “Church of 100 Doors,” one of the world’s most significant Byzantine ruins.

NAXOS, Greece (NEW! 8-Day Greek Island Adventure): The greenest of the Greek Isles, Naxos delights its guests with natural beauty as well as the fruits of rich, fertile farmland. Here, travelers can follow their noses through the labyrinth of Old Town to taste the island’s ripe olives, buttery cheeses and citrus-infused Kitron liqueur.

CANAKKALE, Turkey (NEW! 11-Day Eclectic Aegean with 7-Night Cruise): Four thousand years of mythology and archeology lie beyond the cobblestone lanes of this alluring destination, including the legendary City of Troy.

ZADAR, Croatia (11-Day The Croatian):The main draw in this medieval city is actually quite modern: The Sound and light spectacle of the Sea Organ and Sun Salutation – two architectural masterpieces that use the energy of the waves and the power of the sun to create indescribable living art.

PIRAN, Slovenia (11-Day Venice, Slovenia, Croatia & Montenegro): Known as Venice, without the canals, this picturesque fishing village sits at the tip of a narrow peninsula and serves up some of the best scenery and seafood in the Mediterranean.

SHKODRA, Albania (11-Day NEW! Discover the Eastern Med): One of the oldest cities in Europe, this is also one of the most beautiful destinations in Albania, thanks to its pastel-painted old town and stunning lake views.

ORANGE, France (8-Day NEW! Nice to Lyon Explorer): Among the awe-inspiring sights in historic Orange is the Arc de Triomphe (Europe’s third largest Roman triumphal arch) and the Theatre Antique (one of only three standing Roman theatres in the world).

“Globus’ new ‘Undiscovered’ touring vacations take travelers through the winding roads and unspoiled villages, most of which other tour companies don’t visit and cruise ships don’t overnight,” said Steve Born, chief marketing officer for the Globus family of brands. “From waking to the sounds of waves crashing on the shore to learning the secrets behind the places that launched a thousand myths, these Globus, Cosmos and Cosmo Lite tours get travelers to the far-away islands and untouched towns to see and experience the local side of life.”

The Globus family of brands’ NEW “Undiscovered Mediterranean” tours are part of the company’s “Undiscovered” series of tours.  Other destinations in this popular series include Italy and Great Britain.

DEAL ALERT: Book early for the best deals of the year and SAVE 10% on Globus Europe vacations! For more information, agents can visit www.globusfamilypartner.com.